Free US Shipping on Orders of $75+

I remember driving around with some friends in high school one night when a passenger casually rolled down her window, tossed a gum wrapper out, and rolled the window back up, all without missing a word of the Snoop Dogg song she was singing at the top of her lungs. (You know the one.) My friend driving hit the brakes so hard I ended up on the floor. She was not having it. The garbage thrower was clueless and annoyed her song got interrupted, while the driver was adamant that she would not tolerate garbage being thrown out the window of her car. Both stood their ground for about five minutes (which felt like 50), one insisting that she get out and pick up her trash, while the other stubbornly sat, arms across her chest and refusing to move. I can't remember how it ended.

I do remember seeing my friend, the driver, in a whole new light.

Here she was risking approval and acceptance because she believed in something and was going to stand up for it, no matter the cost. I was impressed.

As a parent, I want to raise kids like that. Maybe not ones that risk the lives of 5-7 teenagers over a gum wrapper, but kids who care to leave places the way they found them - better, even! - but certainly never worse. Kids who realize that actions have consequences that extend beyond their personal lives.

And as a parent I also realize how hard and almost impossible this feels. I can't force my kids to intrinsically care about things that they don't. They need exposure to these causes and consequences to realize they even exist.

How to effectively expose them is the trick, and not one I'm claiming to have mastered! Some things have worked for us with varying degrees of success. None have created mini activists that take up residence protecting 1,000-year-old trees or anything. Basically, I'm open to suggestions.

In our family it is a tradition to celebrate Earth Day. I check the kids out of school and we do something Earth-conscious. We've gone for nature walks, planted trees, and added to our rock collections. There is usually a new Disney Nature movie that comes out the week of Earth Day which we'll go see. I know staying indoors to celebrate the Earth seems a little off, but a whimsically narrated movie about climate change and endangered species and wild places that encourages my kids to care more about this Earth while I eat popcorn feels like a no-brainer. Go ahead and judge me.

I will admit, though, that while emotionally moving, sitting in a movie theater and crying about the lost baby bear cub does not an activist make. We actually have to actively be involved and that can be harder. We encourage our kids to pick up after themselves and others when they see garbage lying around, and remind them to stay on trails, not carve their names in trees, stuff like that.

One thing we recently did was participate in a Keep It Wild group cleanup. We made all four of them come on a precious Saturday morning, missing baseball practice and playdates and the always coveted Saturday morning screen time. We were not their favorite parents that day! But I loved that my kids got to see a lot of other people also giving up their free time, coming together and working hard. It was good for them to feel like a small part of something bigger. At one point I looked over and saw two of them working together to fill a garbage bag and knew I didn't care how mad they were, I was counting this as a parenting win! Which is pretty much a unicorn in my life. It's like that saying, any publicity is good publicity? Memories just have to be MEMORABLE. Whether they hate me for making them pick up garbage or love me for it (it's for sure hate), ten years from now, at least they will REMEMBER it. And hopefully they'll remember for a lifetime why it's important to take care of this one wild world we've been given. 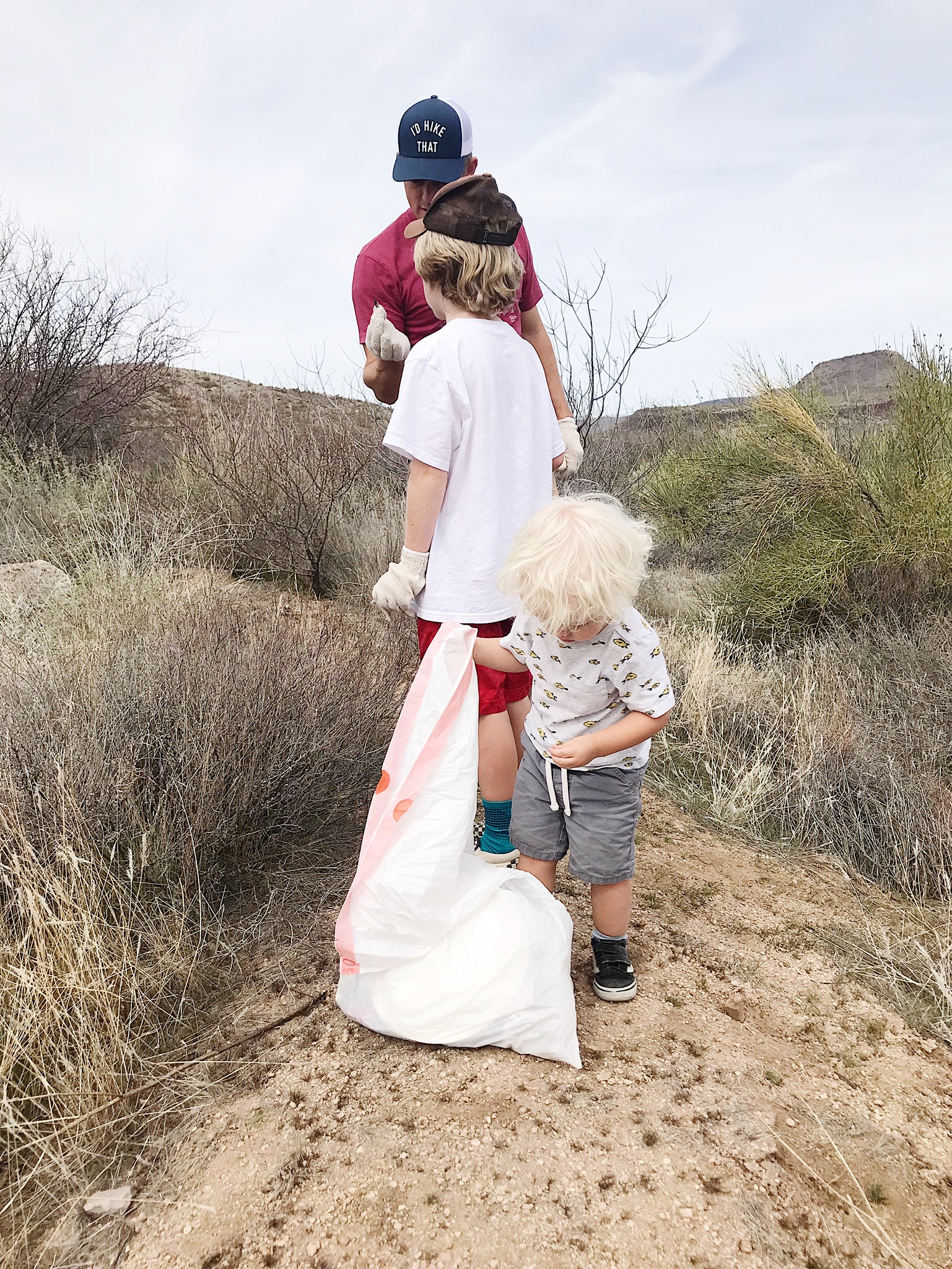 Narrator: This blog was thoughtfully written by Brooke Ewing. You can find her on Instagram @brookenorma.

Are We Having Fun Yet?

Our Impact on the Wild