In 2011 I set out on my first solo cross-country road trip, the first of many self-sufficient adventures to come, and thus, the one that made my friends and family the most nervous. I planned to camp as often as possible on both the outbound and return trips, both to save money and because I prefer sleeping outside to sleeping anywhere else. I admittedly didn’t expect the strong reactions I received when I shared that particular detail.

“What do you mean you’re camping by yourself?” they asked me with concerned tones and furrowed brows as I made packing lists and shopped for snacks and simple ingredients for quick and easy meals I could make on the road.

Initially, I was baffled by their reactions and bristled at their overt concern. Did they not realize I was a strong, independent, intelligent, and capable human? Were they reacting this way because I was a woman? It never occurred to me to be afraid, so why should they be?

It took me awhile to convince them that while this might have been one of my more impulsive decisions, it wasn’t a reckless one.

I’ve always been a big advocate for being prepared for outdoor adventuring. With a background in outdoor event planning and risk management, it’s ingrained in the way I think, pack, prepare, and plan my adventures. I’m a Wilderness First Responder, trained to handle backcountry emergencies of all scopes and sizes, and I will never let that certification expire. 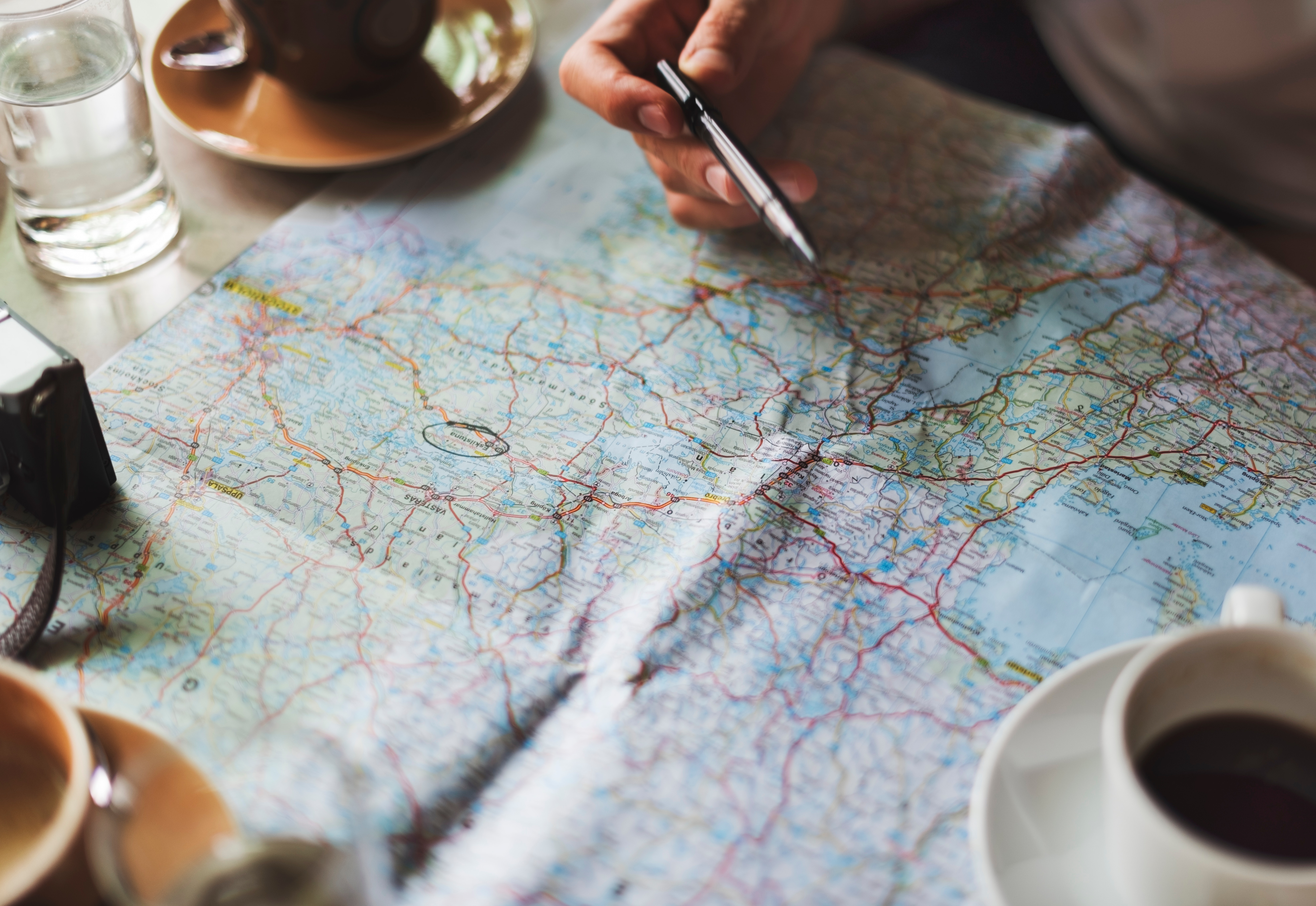 Even as green as I was about long-distance road trips seven years ago, I knew what I was doing because I took the time to prepare for the trip at-hand:

-I mapped my route, and knew exactly how many hours each day I wanted to travel and where that meant I should be sleeping each night.

-I knew where gas stations were and where I could get extra water if I needed it. I had maps of every state I would be traveling through and knew how to read them.

-I was trying to set it up in the near-dark. -I renewed my AAA membership, and got four new tires and an oil change. 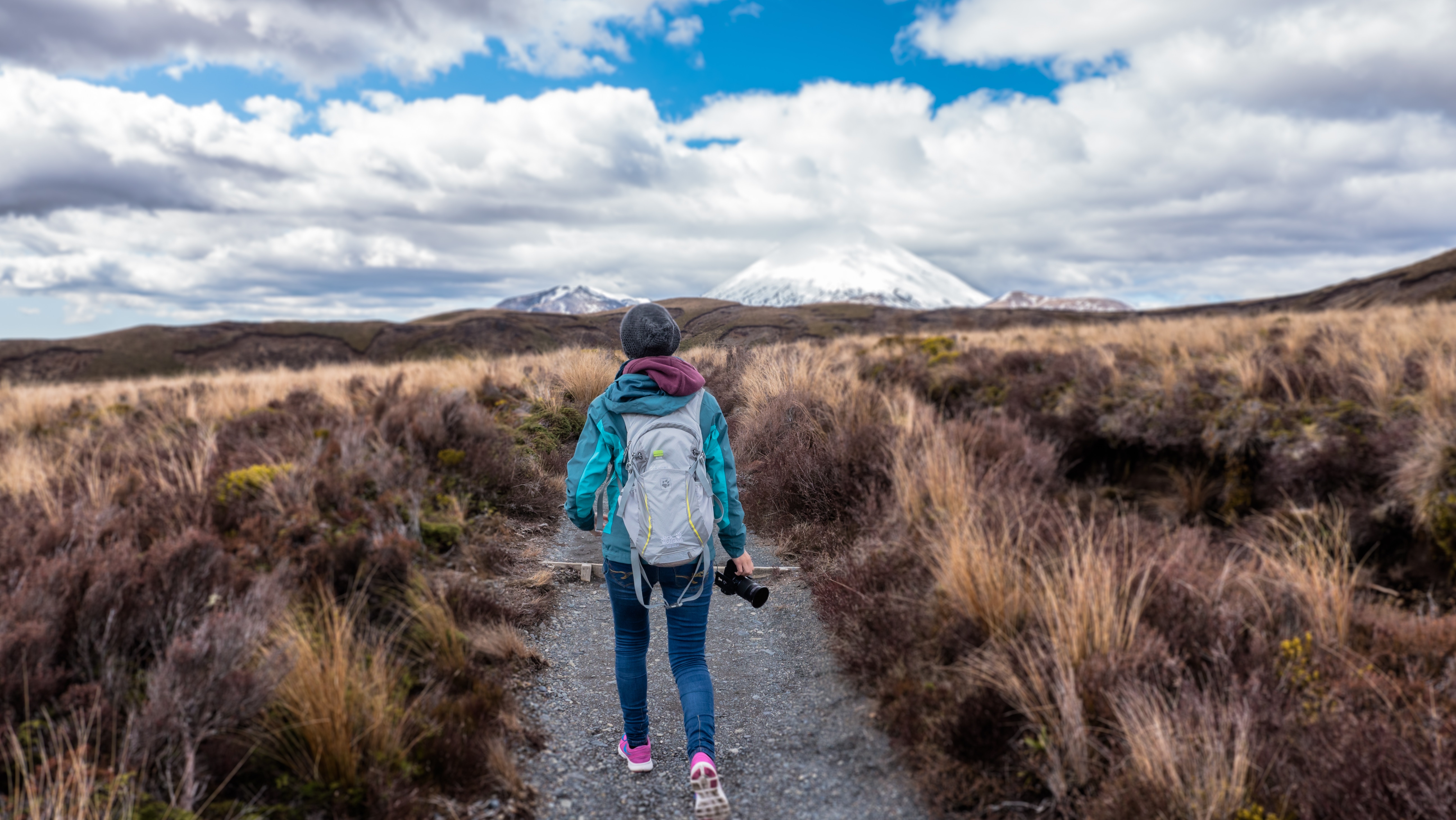 I planned, while also leaving plenty of room for spontaneity and exploring new places. I traveled safely and smartly, and ultimately, the trip was one of the best and most empowering experiences of my life.

That isn’t to say I didn’t hit literal and proverbial bumps in the road. I did. Including the most intense and harrowing rainstorm of my life while crossing mountain passes in Montana. That inevitable element of risk remains a constant of adventuring, no matter where you’re going or for how long. No matter how prepared you are, there will always be room for the unknown, and sometimes it’s all about trial and error and learning as you go. You’ll make mistakes, just like I did. Odds are good you’ll learn quickly from them.

Adventuring solo doesn’t have to be overly intimidating or scary, and I promise it’ll feel a lot less formidable and a lot more friendly with a bit of planning and preparation. Invest in your 3Ps when you start planning your outings and you’ll be a solo adventuring champ in no time.

Think about everything you’ll need (and bring extra layers for variable conditions).

-Don’t underestimate the value of the right gear.

-When you’re on-trail or in camp by yourself, ditch the headphones so you can better tap into your surroundings and hear what’s happening around you. 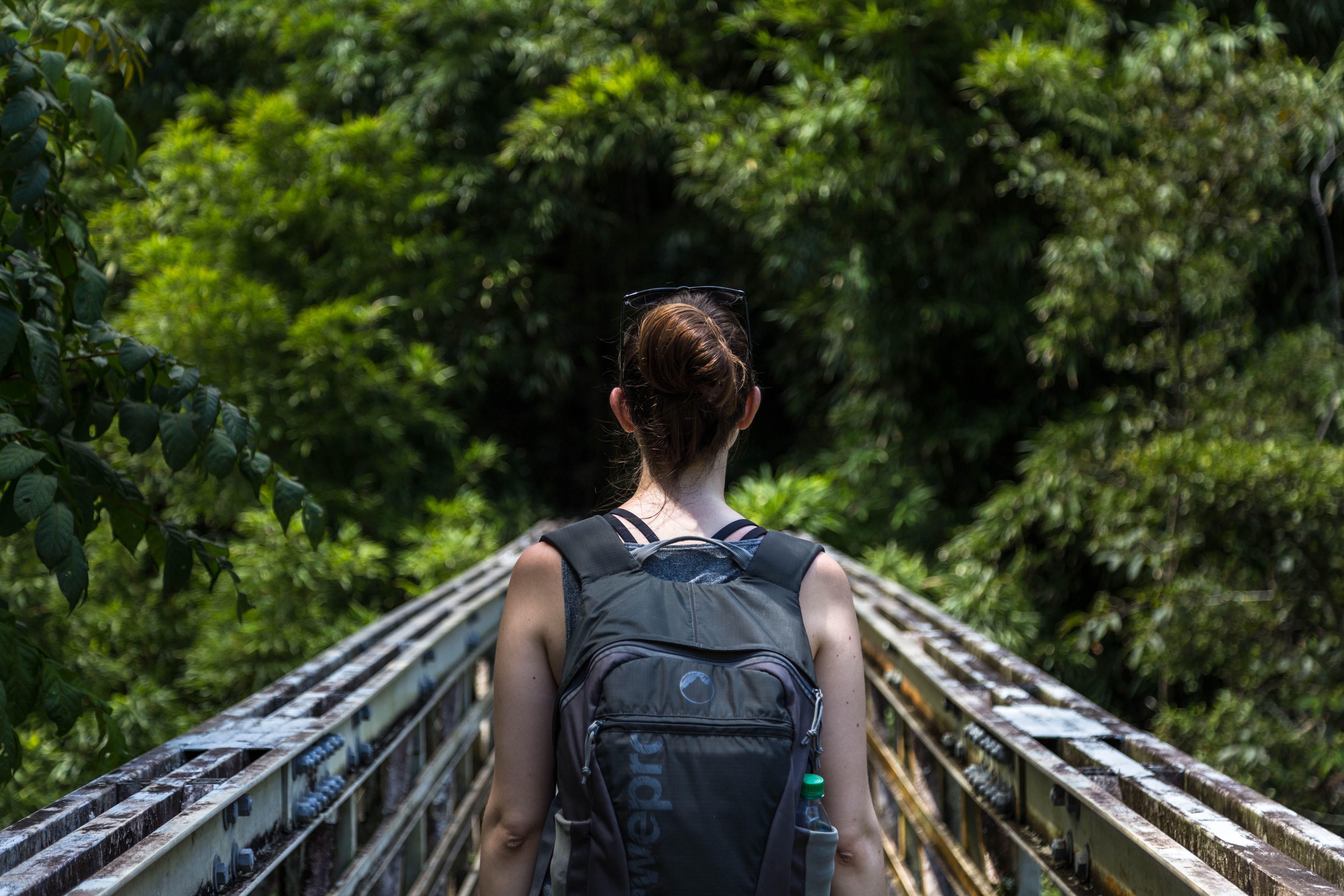 - Get to know your first aid kit. Create a specialized version based on your trip.

-Learn to read a map. Sign up for a local navigation course.

-Consider taking a Wilderness First Aid course. Solo adventuring means you’re the only one responsible for you. A WFA (or Wilderness First Responder) course can ensure you have the skills and tools you need to handle backcountry emergencies on your own.

-Consider starting with small, local adventures before traveling anywhere too far from home. (Or ignore that suggestion entirely and plan your own cross-country road trip!) 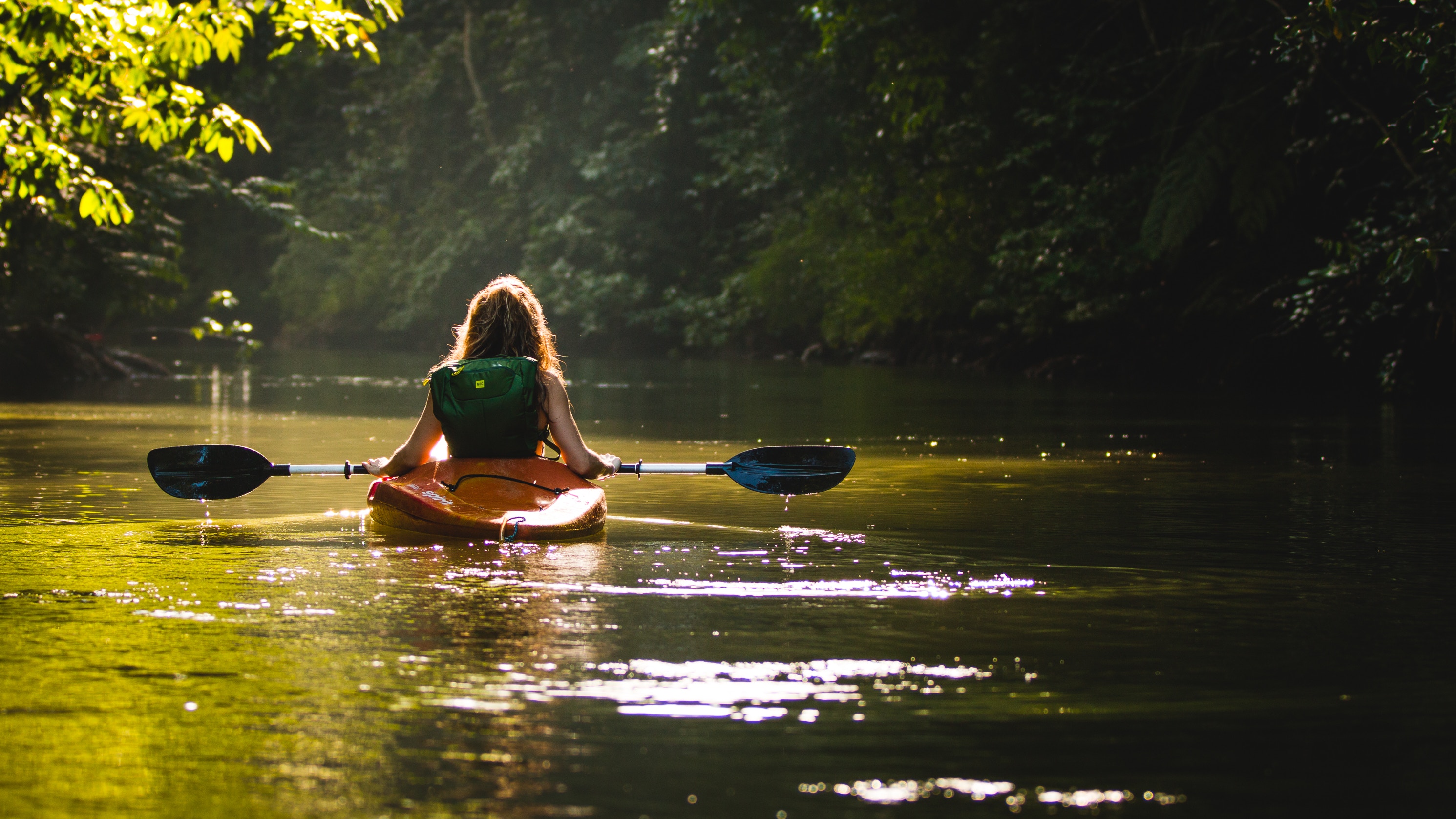 -What could go wrong that you should be thinking about? Plan for weather, water, navigational issues, potential animal encounters, and other unforeseen emergencies.

-Do you know where you’ll have service and where you might not? What’s your back-up plan in an emergency, should you need it?

-Share what you can. At trailheads, leave a note in your vehicle about where you’re headed, or better yet: Tell someone your plans, your route, and when you expect to return.

Last but not least: Trust yourself. You’ve got this.

Narrator:This blog was thoughtfully written by Kerri Anne Stebbins. You can find her on Instagram

This isn't your average outdoor gear... Every purchase helps fund & host wilderness cleanups. Check out some of our favorites in stock right now, and join us at a cleanup! 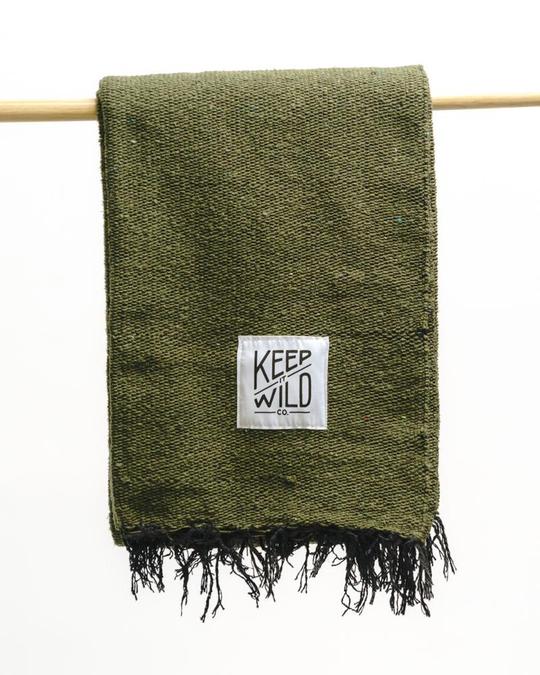 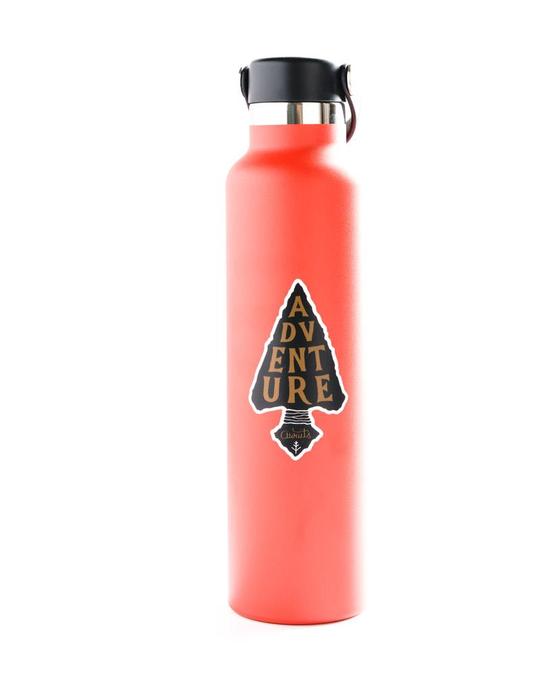 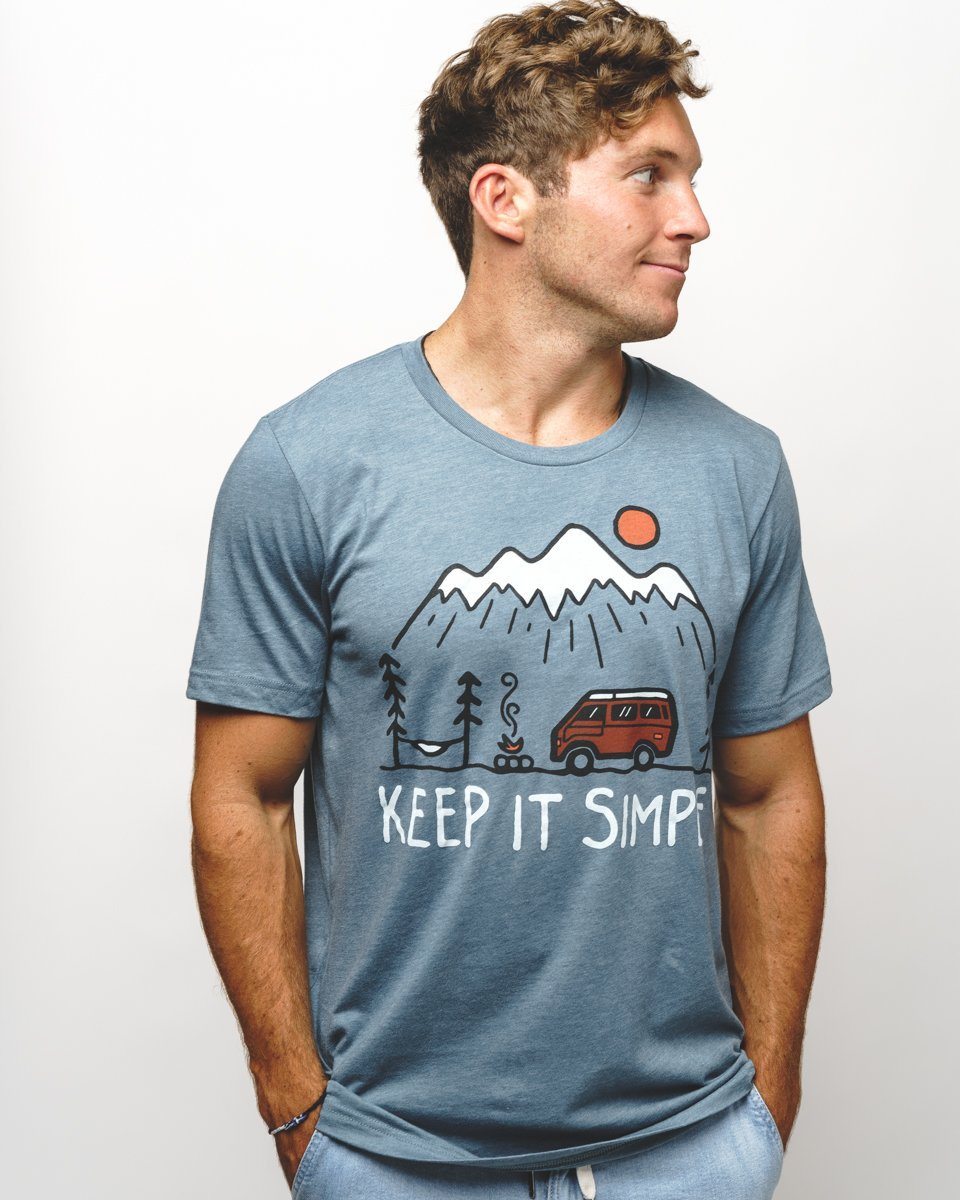